An Illinois family’s dog is being called a hero for saving the lives of her neighbors. The house fire happened in Washington, Illinois, outside of Peoria, about 150 miles southwest of Chicago. Lisa Fenwick, the owner of six-year-old Bella, says her dog’s barking alerted them that the family’s house caught on fire. Fenwick planned to bring Bella over to her neighbor’s house the morning she was going out of town, but decided last minute to drop her off the night before. That early drop-off likely saved the family’s life. The fire spread rapidly damaging almost everything, but no one was hurt. The Washington Fire Chief says the cause is still under investigation. 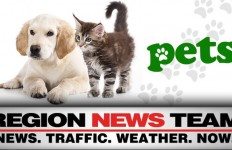 Officials Urge Ships to Slow Down to Save Whales→