Recalling that iconic image of New York City firefighters raising the American flag at ground-zero after the attacks of 9-11, prompted south-side native and self-taught artist, Mark Paul John, to create a painting titled, “American Pride.” That cemented John’s national reputation as being the “American Pride” Artist, with several prints of his original work hanging in fire stations all across the country.

The artist recently told the Region News Team that he will also be kicking a nation-wide, officer awareness/appreciation campaign with the presentation of his new work titled, “United We Stand.”

The public and anyone who supports the law enforcement community are invited to tonight’s meeting that starts at 6pm CST.

The piece resulted from a mural John was doing for the Dyer Police Department. Chief of Police David Hein told the Region News Team that the work came to life in front of their eyes.

“The moment you walk into this room you’re taken aback by how awesome this wall looks and that’s where he got his inspiration for some kind of national tribute that came on one of those long nights of hm putting in time on our mural.”

Chief Hein says that ever since Mark Paul John has been working on a mural dedicated to law enforcement at the station the public has shown an interest.

“Nothing but 100% support by the community in wanting to get involved as much as possible…many of them stop by the VFW to see his other piece of work here in the area. I know that we’ve been waiting to kind of launch the room and the wall itself till it’s completed so, once we do that I think the public is going to really get involved with it and wanting to come out and look at it.”

The mural at the VFW Hall, was inspired by another series of original paintings titled “Soldier Silhouettes,” John had done in tribute to all branches of the United States military.

The who now lives in northwest Indiana, introduced his entire collection at an artist’s reception at the Village Gallery at Pines Village in Valparaiso last October. There he told the Region News Team part of the tribute’s inspiration comes the commitment young men and women to keep our country safe and free.

The “Soldiers Silhouette” series, along with John’s as of yet newest, work titled “United We Stand” pays tribute to members of law enforcement, which was inspired by a 12 foot mural he is finishing at the Dyer Police station.

You can hear more about the artist exhibition from last October at The Gallery at Pines Village in valparaiso by listening to our full interview at News Audio On Demand at:
https://soundcloud.com/regionnewsteam/10-30-16-artist-mark-paul-john-village-gallery-jay-stevens-1?in=regionnewsteam/sets/news-audio-on-demand-january-2

Learn more about this amazing artist at: http://markpauljohn.com/ 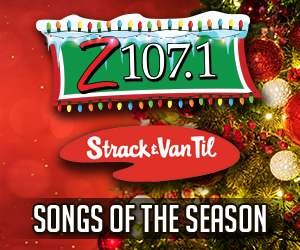